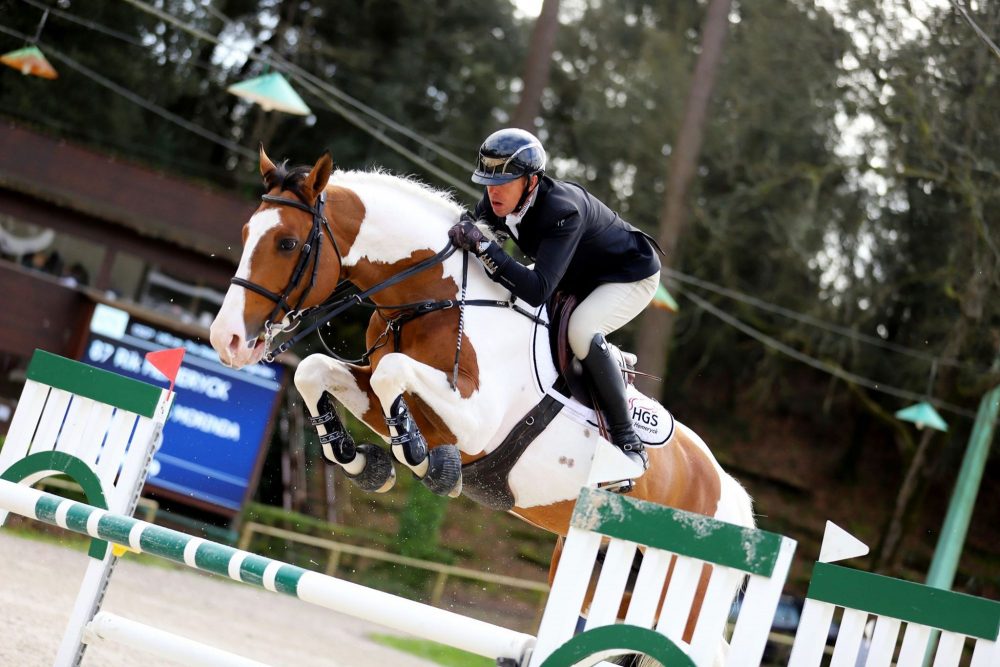 For Rik, the season began in Lier (Belgium) in February, before continuing at the two CSIs in Royan (France), before the restrictions due to the Coronavirus epidemic cancelled all competitions until further notice.
At Lier Azelhof Ulyss Morinda made his comeback in some small competitions without so much as touching a pole. He and Rik completed three perfect clear rounds over courses of 1m35 and 1m40.

At the end of February six horses, including Ulyss, went to Royan. Four took part in CSI 2*, Candy St Ghyvan in 1* and Juweel Van G in the CSIYH. The second CSI took place in early March.

Ulyss Morinda, who has been Rik's top horse for two years, did not disappoint. After several clear rounds he took flight and won one of the 1m45 Rankings in a superb jump off against eight other horses. Still just as fast and respectful of fences, it wasn't long before he rediscovered his partnership with his rider and took up where he left off by adding to his string of victories. The pairing will be setting off for larger competitions as soon as possible.

The rest of Rik's horses also had a very good competition, bringing glory to the HGS stables and the colours of Belgium.
Juweel Van G showed tremendous quality when he flew over his first six-year-old courses. This energetic young horse is extremely promising.

Loupiac de Sclef, who is very speedy, had two lovely placings in 1m35 and 1m40 classes. Candy St Ghyvan took over and finished 3rd in her 1* competition. Lolita du Ta'd'Bo started with a very nice round in the 2* class in the evening. She's always full of energy with a spring-heeled jump.

Morfine de Muze, who is only an eight-year-old, produced five clear rounds and was in the rosettes in the 1m40, gaining his first placing of the year. He seemed to just walk course after course, jumping effortlessly. He drew a lot of attention. Nothing seems to phase this son of Nabab de Rêve, who should go far ! He's a horse for the future who will soon be supporting Ulyss Morinda.

Lolita du Ta'd'Bo was placed just behind Morfine in the 1m40 class. She's a mare who is just as important to Rik's string since she has a love of jumping that's quite unusual. She's a true bomb.