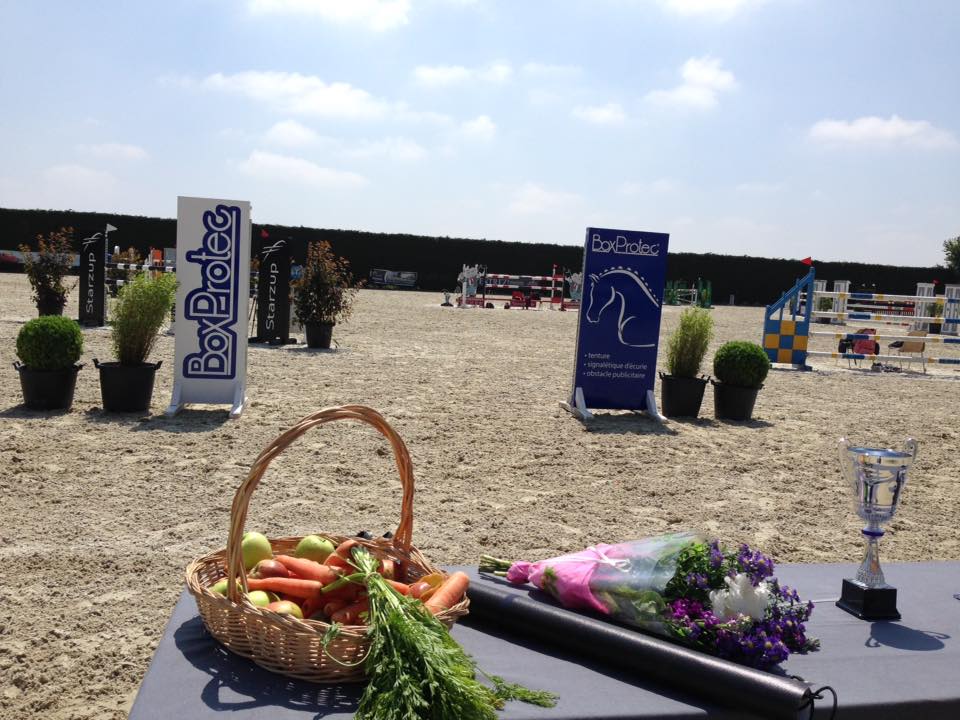 Hemeryck Godart stables did not take part in two but in three show jumpings this weekend.

In order to give experience to his young horses and to complete training classes, Rik took part in two national competitions, in Ternat on Thursday and in Les Avelines on Sunday.

Only five, Milton van Overis trampled for the first time on a competition arena on courses quoted in 1.15m. “This horse realized a good entry in competition since he didn’t touch a single bar. I’m very pleased with him.”

Registered on classes quoted in 1.25m, Déesse de la Sure and Jule de Lauzelle behaved well. “I choose to downgrade Jule to work him for the international of Fontainebleau. He seems to be ready since he completed two clear rounds. Concerning Déesse, the mare confirms her solid resources while flying over her classes. However, a misunderstanding on Thursday cost us a refusal.”

All of them presented in the Grand Prix quoted in 1.40m on Sunday, Il Mio van’t Eigenlo, Conrad and Ulyss Morinda began their competition on smallest heights. “I wanted to jump smallest fences to have less pressure for Ulyss, this is why he took part in a class quoted in 1.25m in Ternat.” Thus, the piebald Selle Français signed a perfect round on Sunday and ranked fourth. After a nice fifth place on his course on Thursday (1.35m), Conrad let a two bars fallen in Les Avelines. “The horse jumped well. He becomes more and more at ease and comfortable. Finally, Il Mio wasn’t unworthy even if he got some penalties. It is a horse with a great future.”

As for her, Anne-Sophie crossed the border to go at the international of Sancourt with three of her horses.

The six-year-old mare, Cassamoon (alias Casallina), remains gaining experience on classes labelled 1*. “After a first model round, the mare made a mistake on the other days. It didn’t remove her quality and I’m still satisfied with her.”

Still true to form, Jarpur realized a competition without trouble. He got the sixth place of the Top 7 finale on Saturday, quoted in 1.40m. “This horse is amazing. He gave me nice feeling and is still regular in his evolution and work.”

Fame van de Plataan illustrated on courses quoted in 1.35m. “In a good condition, Fame will need some competitions to get back into the swing of things. I’m very pleased with her good return.”

Within two weeks the next international events will take place with the 2* CSI of Fontainebleau for Rik and the 3* CSI of Knokke for Anne-Sophie. Before that, a major part of the horses will be trained at home while some of them will work on the national show jumping of Lier this weekend with Rik.”