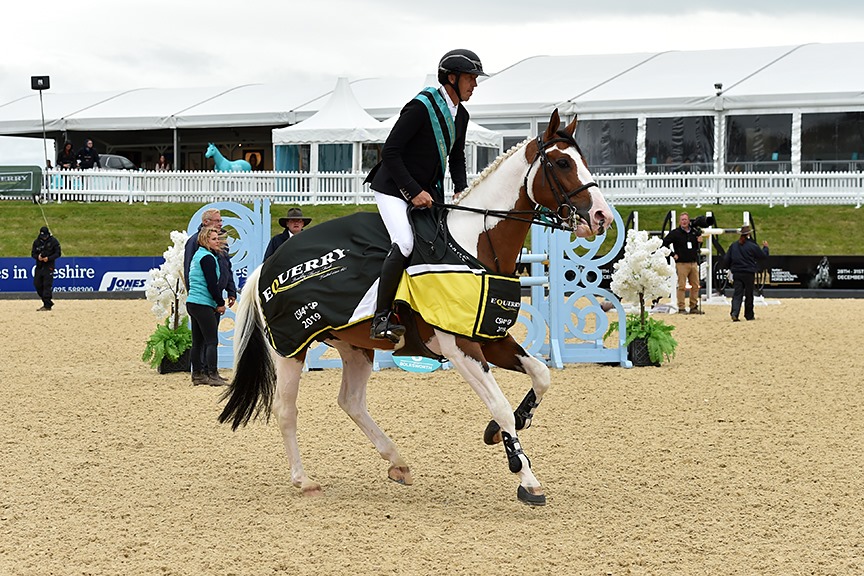 A turbulent period for Rik who seems to get all over the place.

We should point out that only the main competitions and results of this period are presented here, because there have been too many to mention all of them.

In April, they departed for the CSI at Le Touquet. On the second day, Rik was placed third in a 1m35 class with IDiego de la Sure, as fleet of foot as usual. Then with Déesse de la Sure, Rik was placed sixth in a 1m40 class. Finally, it was once again with IDiego that he drew much attention as he took sixth place in the famous Le Touquet Derby. He came close to winning.

In May, Rik took his horses to the 3*CSI in Maubeuge. We will never forget Ulyss Morinda's beautiful 3rd place in the 1m50 class with a jump off on the Friday. On the Sunday, Ulyss unfortunately went out with 4 faults in the 1m60 Grand Prix. He jumped beautifully and really deserved to have qualified for the jump off. Jarvi de Sclef, on the other hand, finished 8th in the 1m35 and Loupiac de Sclef was 6th in the 1m40.

The 4* CSI in Bourg en Bresse which followed at the end of May brought similar results. A variety of placings for Rik who never comes home empty handed and 4 faults for Ulyss Morinda in the enormous 1m55 Grand Prix. A back leg dropped over a not very demanding upright. Very disappointing because Ulyss flew over all the serious problems. Again, we would have preferred our stallion to have taken his chance in the jump off.

At the CSI in Béthune, Rik and Déesse de la Sure gained a 6th place in the 1m50 class.

Finally, the trip to England, to the 4* CSI of HARTHILL BOLESWORTH, forcefully confirmed Ulyss's position as Rik’s lead horse. The couple achieved a magnificent double clear in the 1m60 Grand Prix over two rounds.

In the second round, no one was able to catch them despite there being a large number of other competitors. So they won this competition in front of Laura Kraut. Please note that this is the first 1m60 Grand Prix victory for Ulyss – who has been trained by Rik for the last four years now.

Déesse de la Sure was also placed, 8th and 7th in the two 1m45 classes over the next two days. Despite some appalling weather, the whole show was a great success.