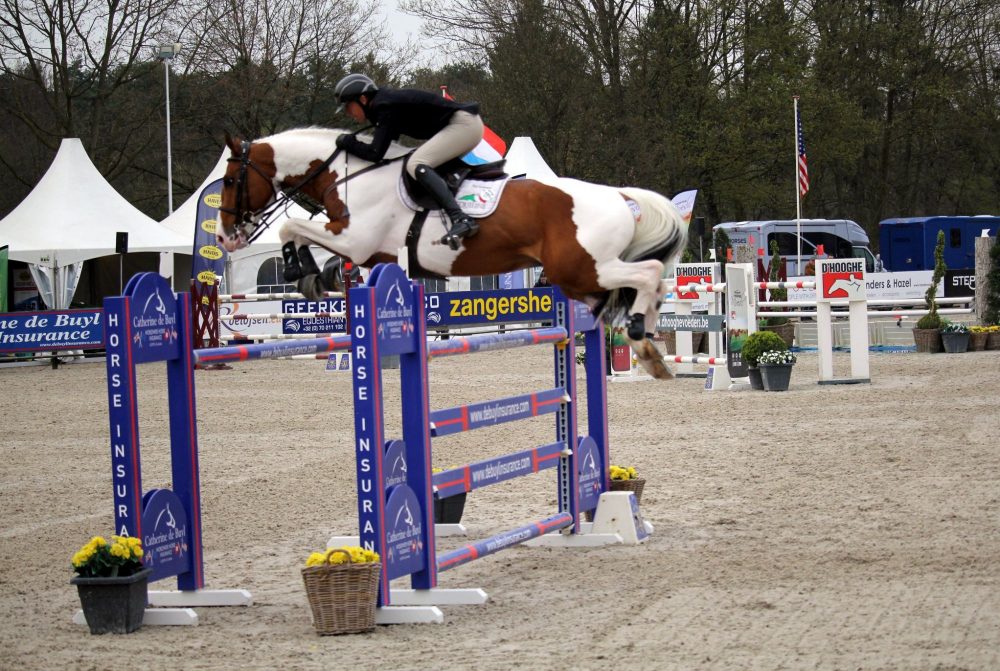 Ulyss Morinda opened hostilities in a good way in Bonheiden since he didn't touch a single pole during the weekend's competitions. Already twelfth over a 3* course, he finished second in the 3* Grand Prix at 1m50, producing a splendid double clear: “A superb performance for his first Grand Prix of the Year.” He was less than a half second off the winner.

For the eight-year-old mare, Cassamoon (aka Casallina), there have also been some pleasing results: seventh over 1m40 at Bonheiden then ninth in a 2* competition in Opglabbeek, she finished up April right royally by being “the star of the weekend.” In fact, she mounted the third step of the podium at the end of a 2* 1m45 course.

Carlitto Van’t Zorgvliet was also very much on form in Bonheiden, he twice showed this in 3* events which count towards the Longines Ranking List. After having gone against the clock in a speed event in which he finished sixth, he was placed eighth over 1m45 due to two perfect rounds.

Very conscientious, Jules de Lauzelle confirmed everything good we've been thinking about him. If he was already present at the awards ceremony at Bonheiden for the 2* classes, in Lanaken he behaved once again like a fast horse with respect for the fences: two sixth places in 3* speed classes over 1m45.

Jarvi de Sclef also seduced us. To start with he was ninth on a 3* course at Moorsele, then he produced a lovely clear round over a 1m40 course at Opglabbeek. He narrowly missed winning.

At Moorsele, our Deesse de la Sure jumped very well in the 3* events and missed being placed by very little. She caught up during the following week in Lanaken: double clear, then she won second
place over a 3* course listed at 1m45 / 1m50.

A horse with great respect for fences and real ability, Tum Play du Jouas is still a hit. At Moorsele, he finished seventh in a 3* event before winning the 3* Grand Prix which was 1m50 / 1m55, without so much as touching a pole. He again went clear in Opglabbeek over the weekend, “he quietly prepares for deadlines to come”.

It's also been a good time for Loupiac de Sclef. Competing in events reserved for young horses aged seven at Moorsele, he got a nice second place in the final by bringing off two effortless clear rounds. In Opglabbeek, not a single penalty: two seventh places, another fourth: “He jumps well, he knows how to take risks in the jump off. He's really come on since he was six and forged a super outlook to tackling every track.”

The youngest, Machu Pichu de Muze, is still making progress. Clear round after clear round, regularly placed, and a fixture at the prize givings for Young Horses!

Morfine de Muze has also made his first outings into competition. He started on the right foot as he managed some lovely clear rounds at Bonheiden, Moorsele and Lanaken.

Youthful in experience, but full of quality, Etoile by MDL progresses well and is able to turn easily on 2 and 3* courses of up to 1m40. With five clear rounds in three weekends, this son of Warrant shows promise.

Finally, at Bonheiden and Lanaken, Qarmina de Greenbay Z was placed eighth twice over 3* tracks. She holds nothing back during her rounds, and is very reliable, a trait that gives us much satisfaction.

An April rich with great results, an excellent debut to the season.

The competition road resumed this week: off towards Maubeuge for Rik with Tum Play du Jouas, Ulyss Morinda and Deesse de la Sure. For Anne-Sophie, Etoile by MDL, Morphine de Muze and Qarmina de Greenbay Z the direction is Moorsele.