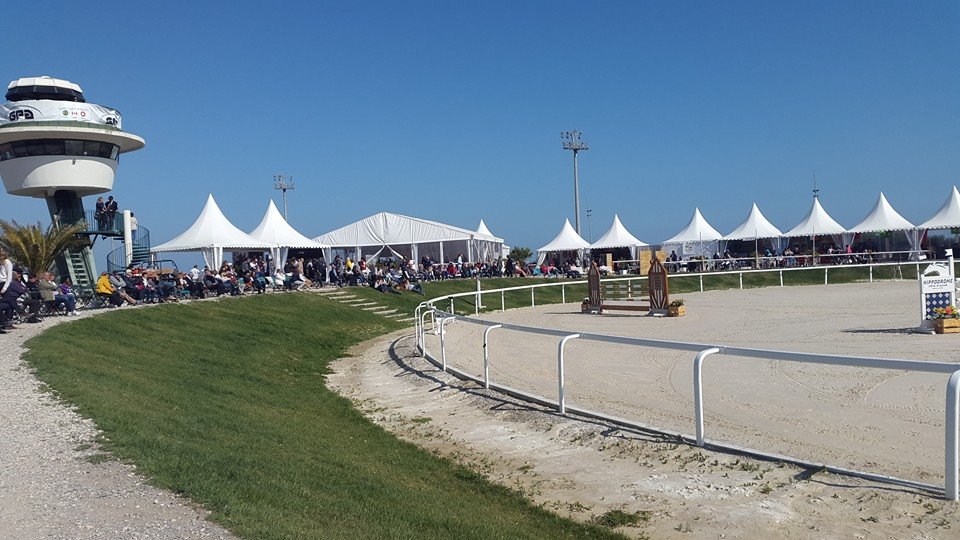 Resumption of the competition for ten horses from Hemeryck Godard’s stables which came to Cagnes-sur-Mer for the second part of the festivities at the GPA Jump Festival.

Cassamoon (alias Casallina) took part in the Young Horses (YH) 5 and 6 years old tests. With little experience the mare progresses and showed us very beautiful things during her round; good sensations.

The seven-year-old horses of the stables also revealed good things. By offering himself an eighth place in the test of Wednesday, judged in the scale A and quoted at 1.30m, Jarvi de Sclef turned out to be very fast; one of the horses for which the rider has a lot of hope. Jule de Lauzelle had also a very satisfactory behavior too, he signed beautiful round during this competition and get the ninth place on Wednesday, just behind Jarvi de Sclef. As for Jarpur, with one clear round from the first day, the horse listened closely her rider who remains confident for the future.

Naba de Rêve’s son, Darvador, was exemplary by picking up his first ranking with one clear round in a test quoted at 1.35m in the CSI*. “I am very satisfied with the significant progresses of my horse “. His last participation on a rather difficult test in 1.40m was favorable to him for his evolution.

Ilka Van de Kiezel and Ulyss Morinda are in a very good shape. The BWP mare seems to have calmed down since these last races, making her more favorable disposed on track. Magpie Selle Français make a nice clear round in the test of Saturday at 1.40m. ” His comeback is also satisfactory.”

The mixture of blood of Darko and Vigo d’Arsouilles, Bretling du Paradis Z, made a good resumption with the test counting for the Longines Ranking List of Thursday (1.45m) in spite of the bar knocked down on on the exit of the triple. “It is a horse of with  great future and solid resources”.

Finally, Carlitto Van’t Zorgvliet completed first a working tour in the test quoted at 1.35m of Friday. Then, the male participated in the round “ranking” of Saturday. The chestnut horse made thus a good comeback to run the label 3*.

As soon as today begins the last session of the GPA Jump Festival. The qualifications in the “ranking” tests, finale of seven years old and 3* Grand Prix for Carlitto Van’ t Zorgvliet stay the main objectives for this week.