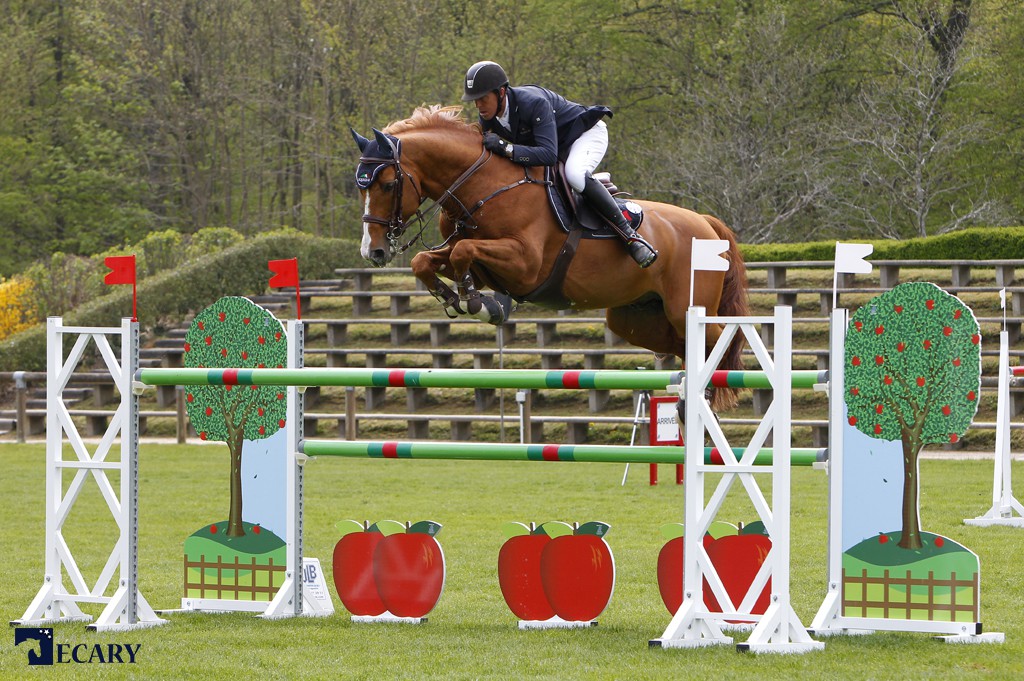 Hemeryck Godart stables loaded six of their horses for the international 2* of Compiègne last weekend.

The BWP male, Carlotta Van’t Zorgvliet, realizes a clear round on the track during his first class. Then the horse ranks at place ten of the Grand Prix (1.45m) on Sunday despite a small error caused by a wrong number of strides in the last combinaison. “Carlotta jumped very well, this competition was a good training to prepare for the CSIO 5* of Lummen, next weekend.”

As for Ulysse Morinda, he played the game and listened closely her rider. The stallion thus appeared in the ranking of this competition on the colors of Lanson labelled 2* (1.45m). “It’s a horse having several qualities. He is always voluntary on the ground and very brave.”

Diamant de Sémilly’s daughter, Jewel Van’t Eigenlo, is still in training. It will takes again a little time to be competitive. “It’s a mare with a good mound and easy to train. She has a real potential for show jumping.” The seven-year-old mare ranks ninth in the Grand Prix Young Horses thanks to a double clear round.

The ten-year-old male, Atlantis de Sainte Hermelle, realizes a good start for this season with his new accomplice. The horse ranks fifth in the course of Friday as well as on the round of Sunday on the colors of Haton (1.35m). “Atlantis its a respectful horse, the technical sophistication of the obstacle courses was not da problem for him.”

Conrad behaved well as a whole, despite a jump-off in which he was a little bit slow to begin during the Prix Larson on Saturday at 1.35m. “Conrad is sensitive, we still need some time to develop his qualities and to bring him to the highest level.

The mare, Ilka Van de Kiezel, still need some adjustments but has completed some working classes in order to prepare her first big competitions. The BWP generally lacks luck on her courses but is endowed with solid resources. “Ilk its far from being ridiculous on the track, she still has to evolve but I’m still satisfied by her behavior.”

The seven-year-old, Jarpur, do not let one single bar falling this weekend so that he ranks by several times, notably in the contest on colors of the Haras de Villers on Friday, and then tenth in the Grand Prix YH on Saturday. “He evolves well and shows great promise. His respect ans strength are going to make him better.”

For the next step, only Rik will take part in the 5* official international show jumping of Lummen, starting on the 27th of April, with Carlotta Van’t Zorgvliet, Bretling du Paradis Z and three horses registered for the seven years old national championship: Jule de Lauzelle, Jarvi de Sclef and Darvador.